This post is about reflection and a little soapboxing! Please feel free to move on if you don’t want to read this. I will totally get it! All comments are moderated and I will not publish anything hateful. Back to sewing in a couple of days!

First Amendment: Congress shall make no law respecting an establishment of religion, or prohibiting the free exercise thereof; or abridging the freedom of speech, or of the press; or the right of the people peaceably to assemble, and to petition the Government for a redress of grievances. 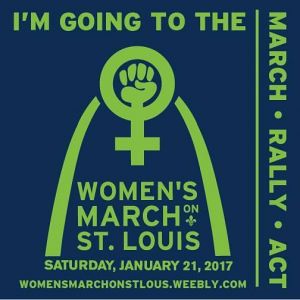 I’m home from downtown St. Louis and reflecting on what happened today. Earlier this week one of the volunteers for the women’s march dropped by my office and said they had almost 5,000 RSVPs. I was happy to hear it was over 500. When I arrived at the tail end of the march this morning I could see signs for 10 blocks in front of me. It was incredible! Estimates are that 20,000 people showed up in St. Louis. While that number pales in comparison to the numbers in Chicago, Denver, and Washington DC, I have to say I was thrilled.  I live in an almost entirely red state. You can’t throw a rock, so to speak, without hitting someone carrying a gun and and a Jesus bumper sticker. When I told my Mom I was going, she rolled her eyes. It’s a typical reaction in this area, but that broke my heart a little.

For most people, this march was not about denying the Donald his presidency. That is why it was not held on his inauguration day. His sparse crowd showed up in DC on January 20th and we didn’t. This march was about dissenting against all of the hate that has spewed up in this country, headed by the Don, against women, people of color, immigrants, and others. “Make America Great Again” is about putting marginalized groups who received some protections under President Obama back in their places. When was America great for trans people, gay people, people of color, women, indigenous people? It never was. 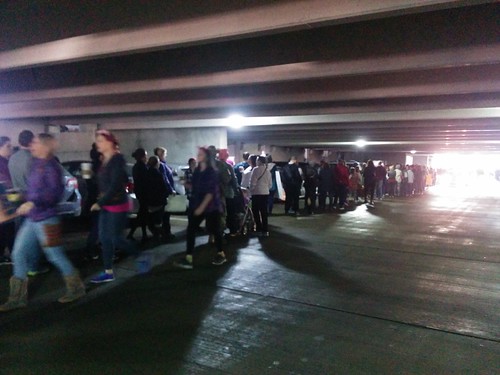 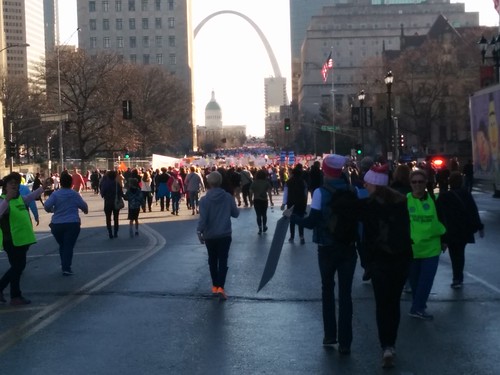 So I was late and had to run to catch up to the tail end of the march heading towards the arch. 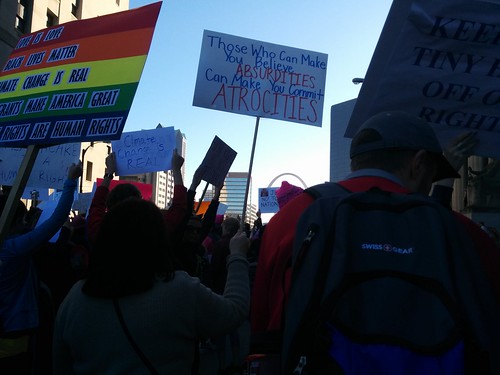 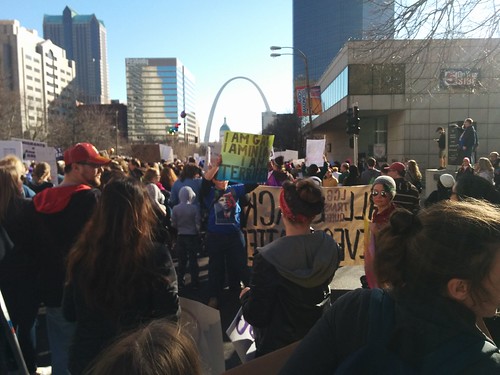 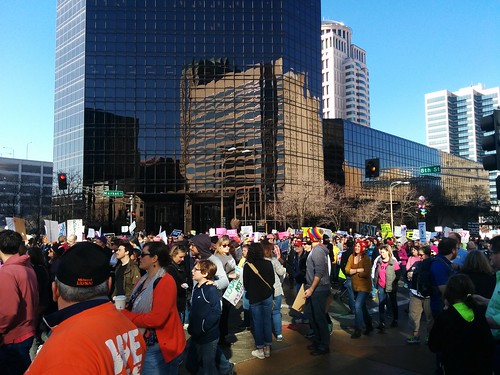 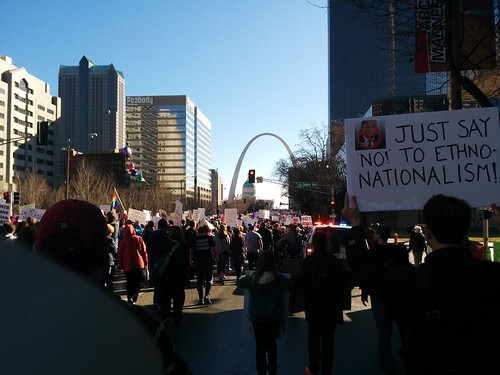 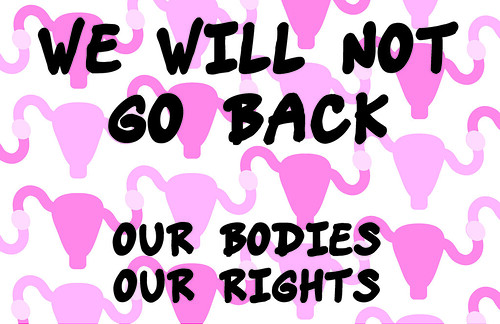 My sign had lines of uteri holding fallopian tubes in solidarity.

My reflections are that I am glad that I went. I almost chickened out a few times. I went alone and I was glad to get to the Metrolink stop and see hundreds of women and men who felt the need to show dissent. It was cathartic and awe inspiring!

Will it change anything? I don’t know. Will there be more rallies? I don’t know. Am I more hopeful? I don’t know. Maybe a little. What I do know is that I have committed myself in a way that I never have before to become more involved in local legislature and city councils. I have also signed up for Daily Action which will text you an issue and phone number to call daily to fight against extremism in America. I have been calling my representatives almost daily. I thought voting was enough of a voice, but now I know it is not.

Update: On the Women’s March Website there are 10 actions to continue our momentum for the next 100 days. I will be printing out postcards and putting them into the mail as well as calling my senators!

Oh, and there is a little bit of sewing after all! After I saw Sew Pretty in Pink’s Pussy hat Project I had to whip one up the night before the march. Pink isn’t really my color so I used an old polka-dotted sweater I had in my scrap pile.

Take care of each other, 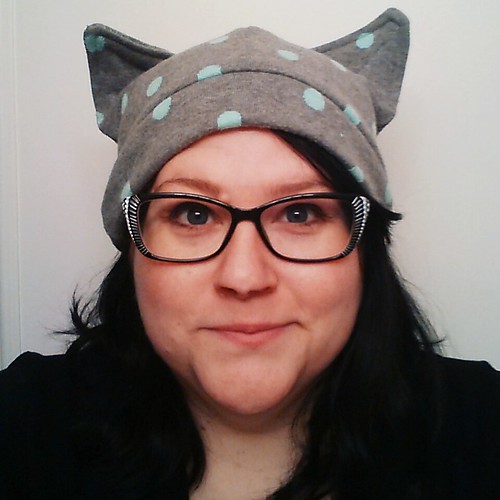