It has happened again, I have gone on another classic movie watching binge. Sometimes I just want to see some crazy 60’s Givenchy outfits in action, you know?

This is on Netflix right now. It’s pretty cute, and they give Hepburn some nutso outfits to wear. I have never really seen the appeal of Peter O’Toole until this movie. I get it now. His facial expressions are brilliant! Hepburn’s father is a forger that is getting in over his head selling forged artworks. He donates a forged sculpture to a museum and realizes he is in trouble when they set a date for forgery testing. Hepburn enlists private investigator, who she thinks is a thief, Peter O’Toole, to help her steal back the sculpture and keep her father out of jail. 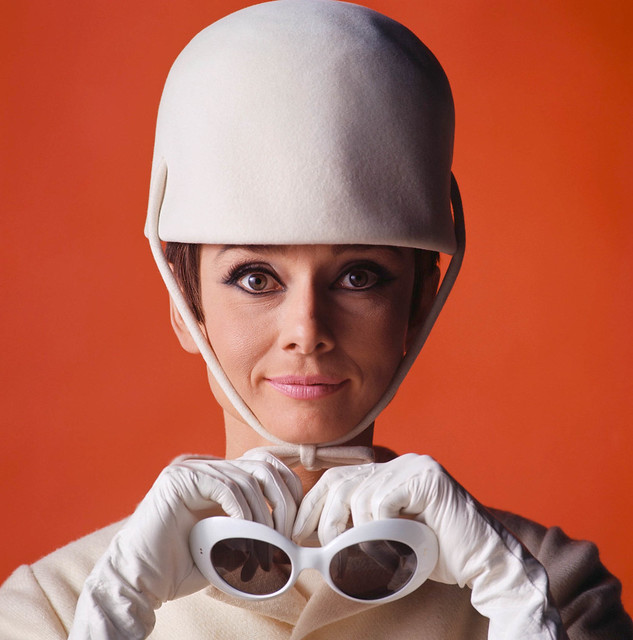 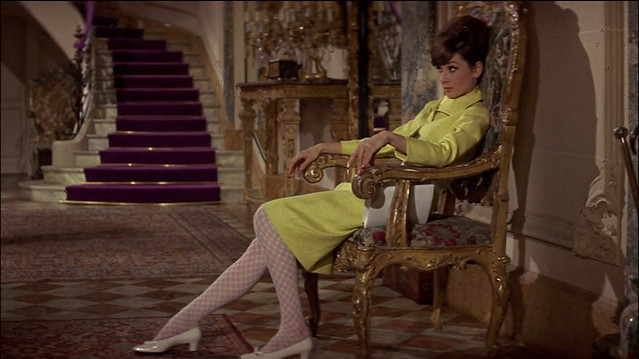 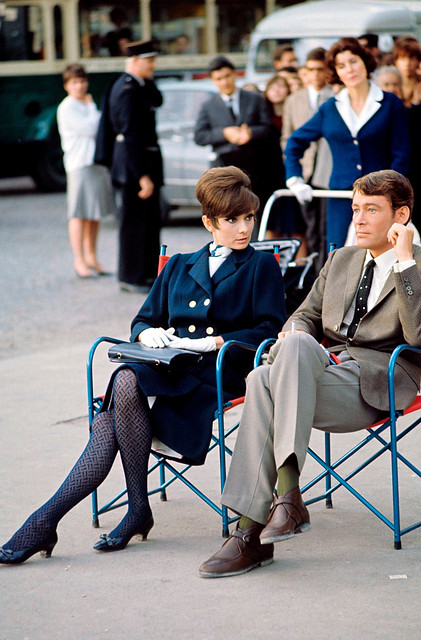 So this is Hepburn’s “incognito” meeting outfit. What? I mean, it’s fabulous, and weird. You can’t tell in these photos but her eye shadow is silver glitter. The concept of, “rich girl’s idea of a burglar meeting outfit” is pushed to the limit. 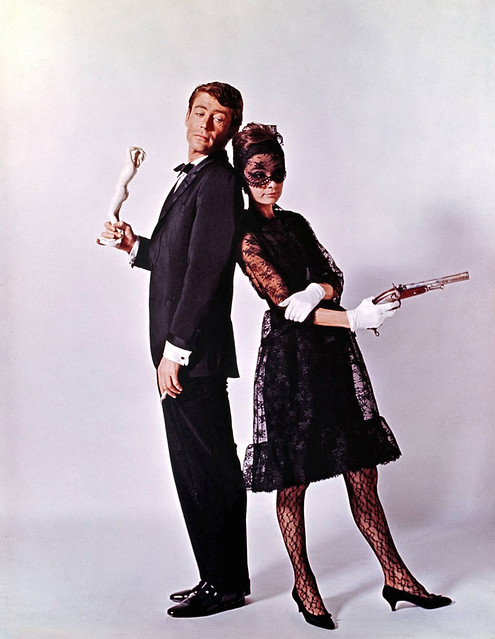 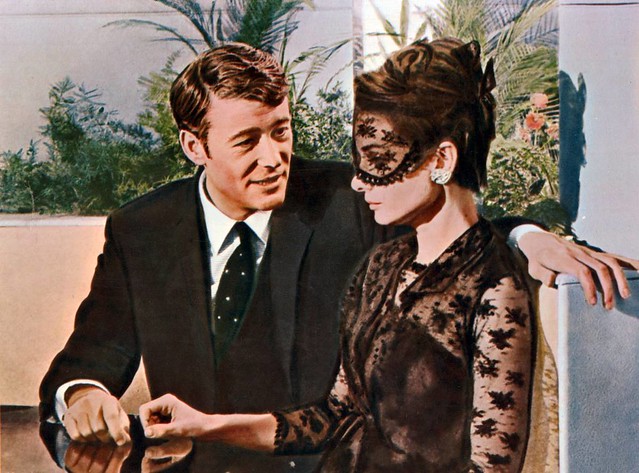 I have been watching quite a few John Wayne movies. John Wayne was my Grandad’s favorite actor and I have been thinking of him a lot lately with my wedding approaching. I just kind of always thought he would be there.  I remember watching this and El Dorado with him whenever they came on TV. The costumes in both are by Edith Head, but I think these are a little more fun. 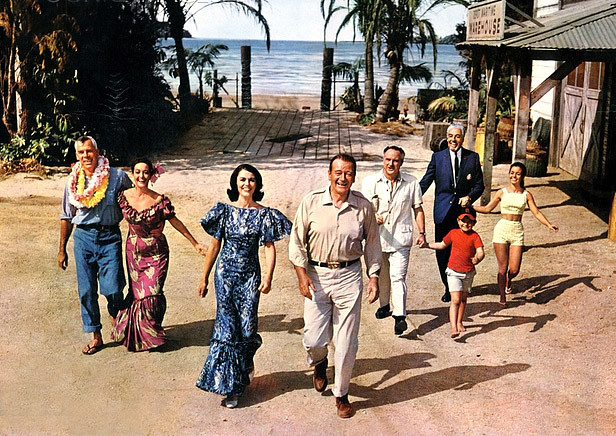 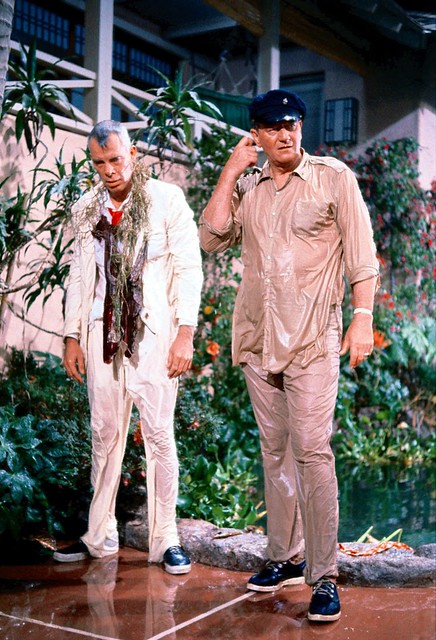 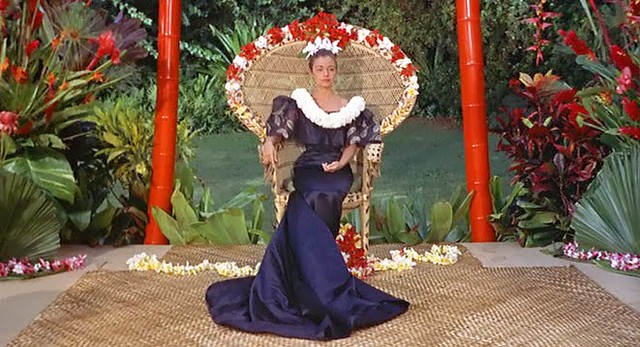 Year of the sleeve, Elizabeth Allen is coming for you! 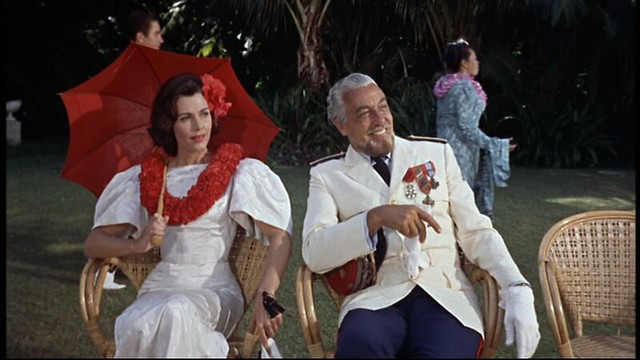 I just love Dorothy Lamour. She plays a sort of a tired older showgirl who works in Donovan’s bar as a singer and wears some pretty great feathered and jeweled costumes. 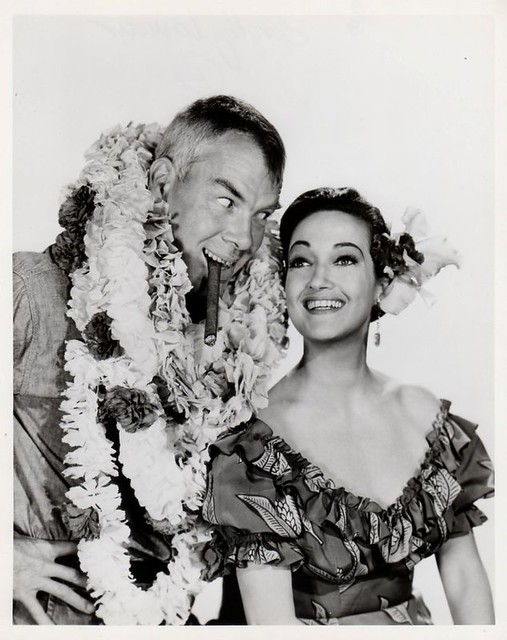 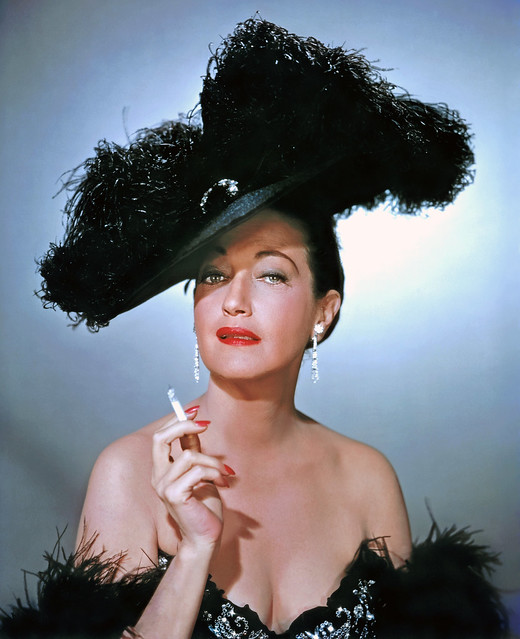 This was a weird little movie, that I enjoyed! Doris Day is a lobster fisher woman in a small town in Maine and single mother of two. There is a pet lobster named Sam, although he looks like a dead lobster to me in most scenes. Jack Lemmon is the town lawyer and hopelessly in love with Jane. After a train fails to deliver a load of lobsters alive and will not reimburse her she sues the railroad owner known as the “meanest man in America.” There aren’t a lot of great fancy outfits in this, but it is all sorts of 50’s casual wear like gingham shirts and linen suits that are still fun to see. 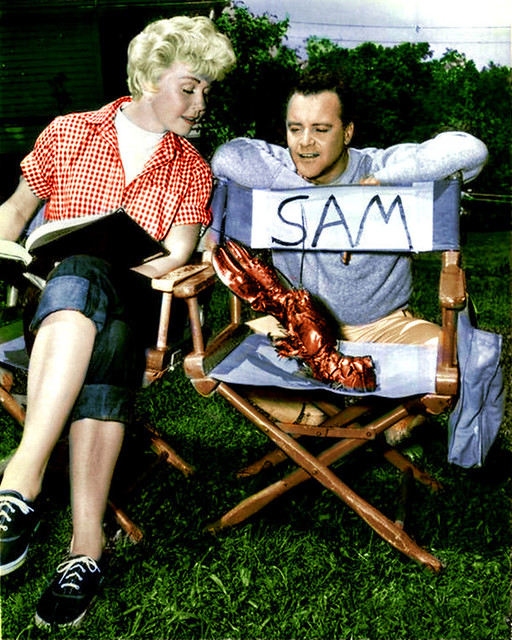 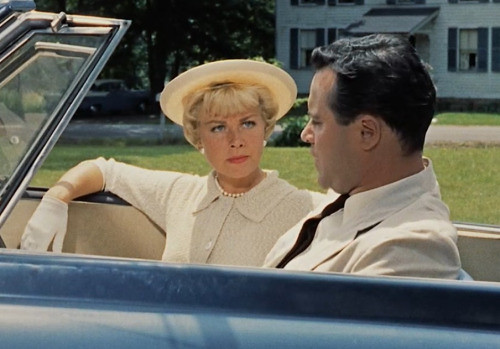 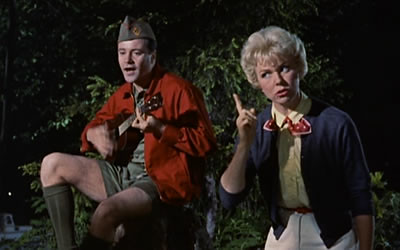 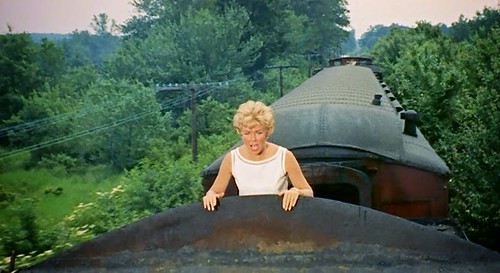 Essentially married couple Doris Day and Rod Taylor move to England and rent a house from Hermione Baddeley, who appears to be a rich widow enjoying her life. She is for sure the highlight of this movie for me. Taylor’s job requires that he not bring his wife around to social gatherings so their gross, lecherous male clients can party with sex workers without their wives around. (They don’t go out and say they are sex workers, but it is pretty clearly implied.) Soon Day thinks he is cheating on her and madness ensues. This is definitely not one my favorites, but I can’t pass up these underappreciated outfits on Hermione Baddeley. 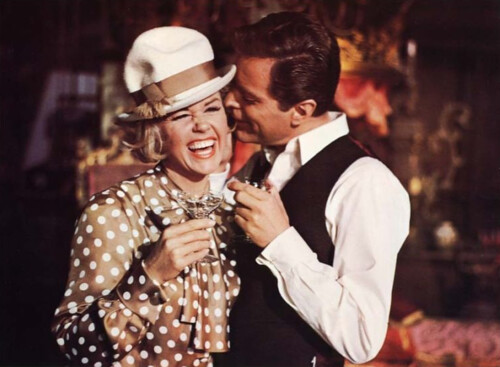 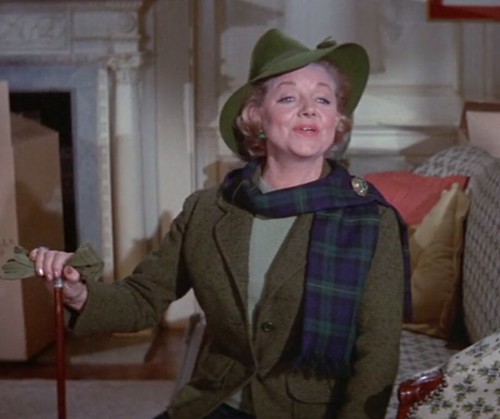 English countryside lady of the manor! 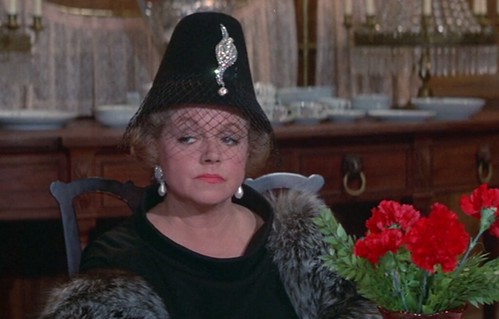 Hat, brooch, fishnet veil, and disapproving look! I’m in! When can I wear this? 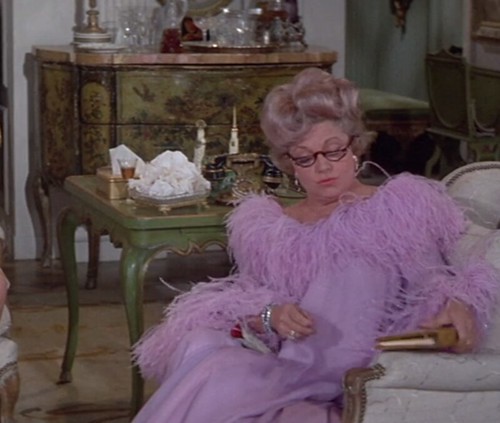 Ostrich feathered lounge wear. I can get behind this! 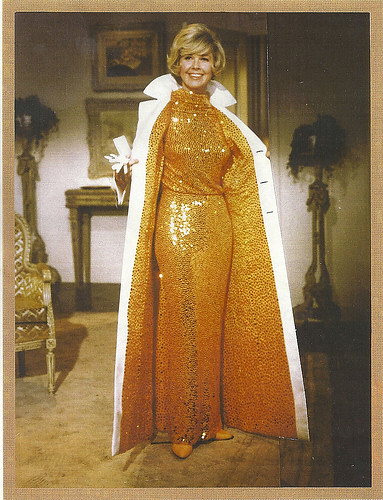 Doris Day’s best outfit in this movie. Lining a coat with sequins, who thought of that?

Any other movies I should be watching for the outfits?

4 thoughts on “Another Old Movie Binge”