My sewing machine is in the shop so I’ve been cleaning up my sewing room a bit. One of the things I found was a big garbage bag of decades old silver garland. My Grandad passed away a few years ago and so my grandmother sold their house. When we cleaned it out we found length after length of silver garland. 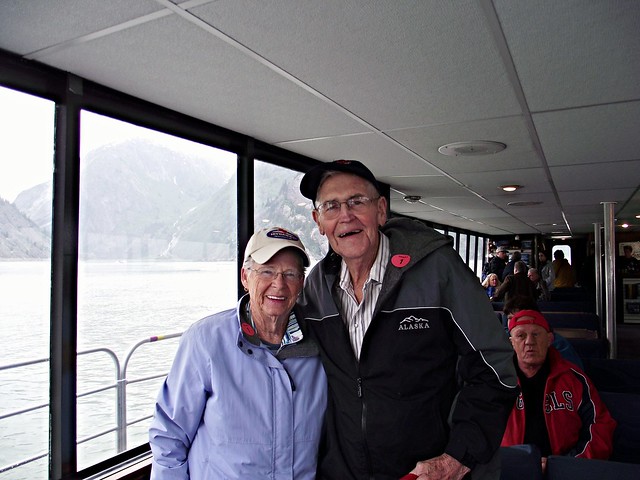 My aunt told me that he was very particular about the Christmas tree and when he got older he wouldn’t let anyone else decorate it. So last Christmas all of the grand kid’s took some of the garland. I’m sure I ended up with the lion’s share, because I had almost a full trash bag!

So back to cleaning my sewing space! I pulled the bag of garland out from under my desk and laid it out on my desk…to shed silver strands EVERYWHERE! It wouldn’t survive multiple uses on the Christmas tree and I really wanted to keep it around to remind me of my Grandad during the holidays. 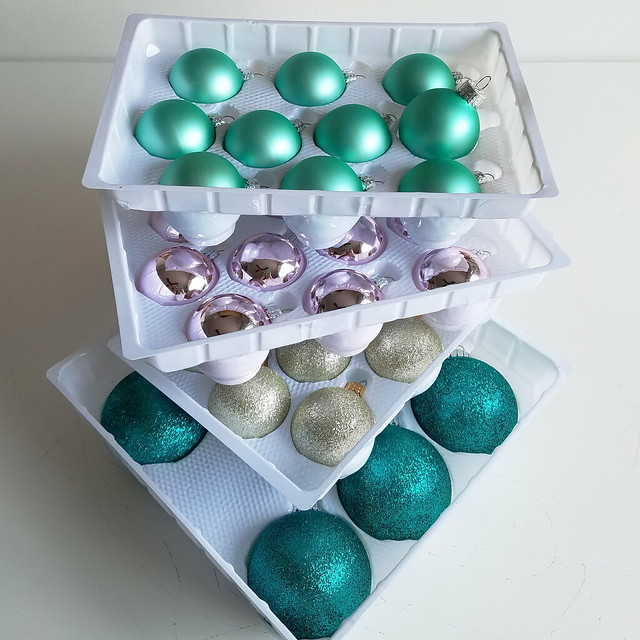 I’d love to tell you that I planned this, but really it all came together rather serendipitously! I purchased these sort of mid-century colored glass ornaments and bottle brush trees on clearance in January. I didn’t have a plan, I just thought, “maybe something someday!” 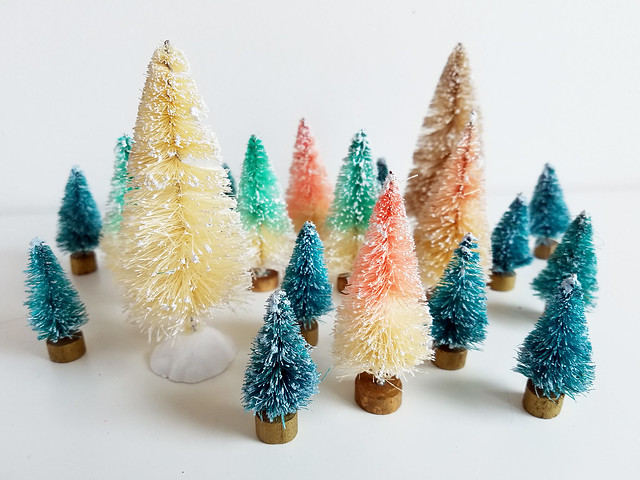 Then it hit me! A wreath! I could use all of these things in an indoor wall hanging. I used a lot of garland wrapped around a metal wreath frame. 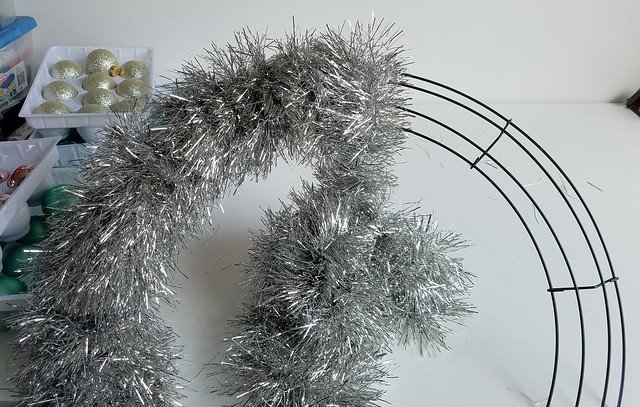 I had a lot of different “silvers” so I wrapped what I had the least of loosely around the frame and tied it at the ends. Then I took the color I have the most of and filled in the gaps. Voila! 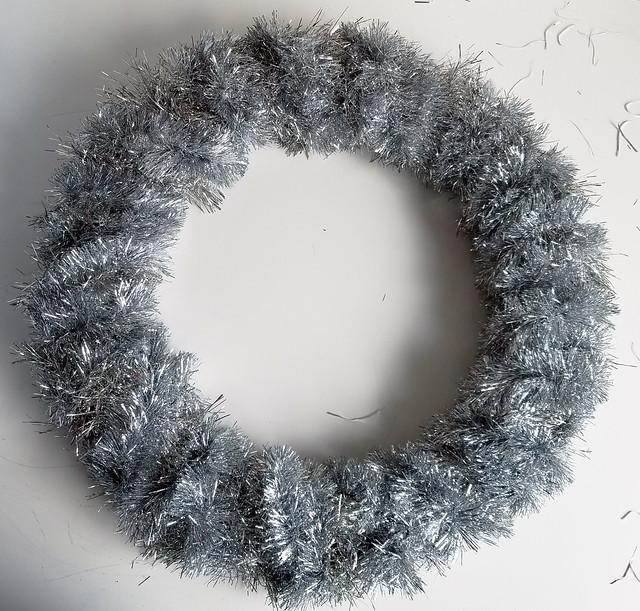 Next I placed a few ornaments to see what I liked. I’ll be honest. I tried to attach the ornaments with thin floral wire to the frame, but those ornament hangers popped right out of the glass necks. So I went then the next best thing; HOT GLUE! 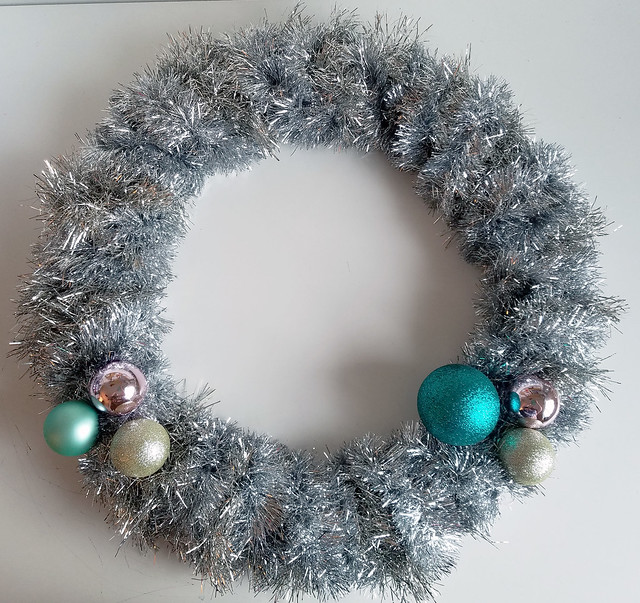 There may be a better way, but it works. Now the bottle brush trees I did attach with wire wrapped around their trunks. 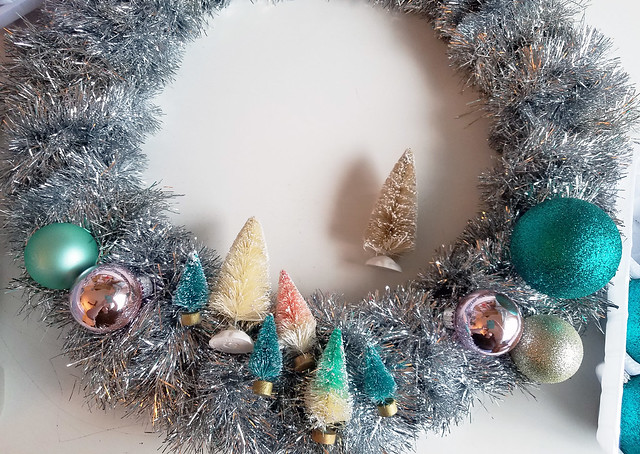 And then I just filled it in! I do have some leftovers for another project…hmmm! 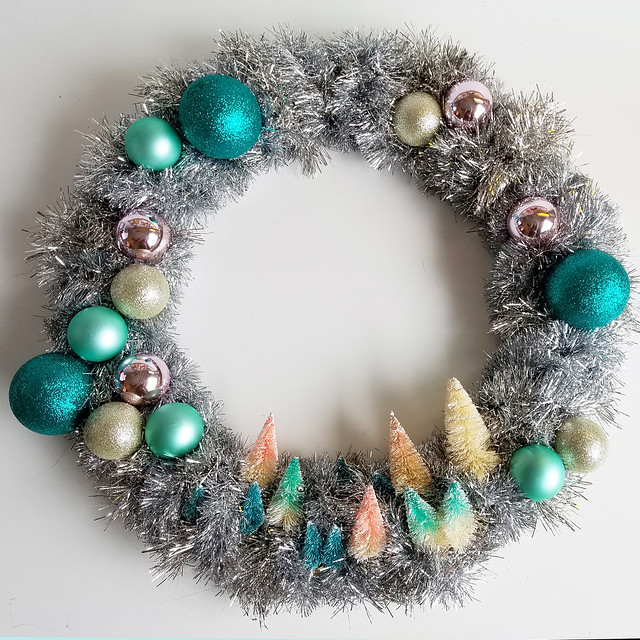 I love the way it turned out! It’s very mid-century modern. Maybe if I find a woody station wagon or a little putz house I will add it later! I think my Grandad would like it too. :) 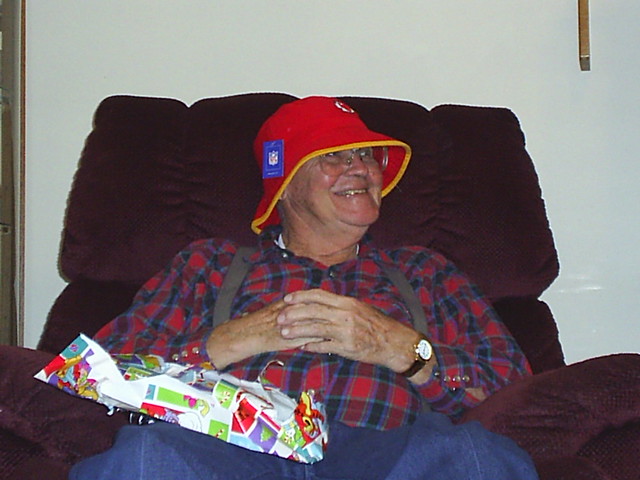